Over that last year, I’ve been building a deep friendship with a man who, in most ways, is the polar opposite of me. I’m conservative; he’s liberal. I’m a pastor; he’s a former lawyer. I’m white; he’s black. We agree on a lot of things: our faith … our love for our wives and family … our love for our common church, just to name a few. Of course there are several things we’ve not seen eye-to-eye on. But we’re listening to each other … and we’re learning from each other.

As we were moving through February 2011, my thoughts turned to Black History Month. I don’t have a problem with celebrating Black History Month. In my earlier, unenlightened years, I may have chided the concept as I rolled with some of my light-skinned counterparts only to arrive at mid-life with a bit more temperance and possibly, or at least I thought,  a more thorough understanding of the concept. But, this year, I happened upon a perspective that surprised me. The perspective was that of Mr. Morgan Freeman, a prominent American actor (one of my personal favorites) who appeared on the CBS News program “60 Minutes” with correspondent Mike Wallace. While Mr. Freeman’s appearance was years ago, it was new to me. Here’s the transcript of that conversation or you may view the clip here:
MIKE WALLACE, CBS`s "60 MINUTES": Black History Month, you find...
MORGAN FREEMAN, ACTOR: Ridiculous.
WALLACE: Why?
FREEMAN: You`re going to relegate my history to a month?
WALLACE: Come on.
FREEMAN: What do you do with yours? Which month is White History Month? Come on, tell me.
WALLACE: I`m Jewish.
FREEMAN: OK. Which month is Jewish History Month?
WALLACE: There isn`t one.
FREEMAN: Why not? Do you want one?
WALLACE: No, no.
FREEMAN: I don`t either. I don`t want a Black History Month. Black history is American history.
WALLACE: How are we going to get rid of racism until...?
FREEMAN: Stop talking about it. I`m going to stop calling you a white man. And I`m going to ask you to stop calling me a black man. I know you as Mike Wallace. You know me as Morgan Freeman. You`re not going to say, "I know this white guy named Mike Wallace." Hear what I`m saying?
Hearing an African-American articulate it as Mr. Freeman has here, gave me pause to say, is Black History Month still necessary in the United States today? I asked my friend to help me understand how the vast majority of African-Americans view the event. I asked if he thought the concept might even further a sense of racism in America? And I wondered how many African-Americans find Black History Month a well-deserved victory in the attempt to help other races understand the journey of their unique culture?
After viewing the video, my friend said that my questions provoked very nuanced answers and we agreed to spend a considerable time unpacking my questions face-to-face. Here’s what my friend helped me to understand.
First, as we consider Mr. Freeman’s comments, we have to categorize him as an African-American man who has found considerable success. That in mind, my friend wondered if a poor, struggling African-American could say the same? Possibly not. And, according to the latest U.S. Census, that group - poor African-Americans - are still in the majority. Many fighting for survival and some for identity in a fast-paced, neglectful world.
Ultimately, Mr. Freeman is right. In an enlightened society, we should refer to each other as who we are and not by our skin color. It was the dream of Dr. King that we would be known for the “content of our character”. Lord, hasten the day! Unfortunately, American culture today is far from such enlightenment and the element that holds us back most often is … our perspective - which is shaped most often by history. And that, is why there needs to be a cross-cultural dialogue and no room for nuance when it comes to questions like these.
And that, is why there needs to be a dialogue and not nuance when it comes to questions like these.
Black History Month actually started as “Negro History Week” in 1926 by Carter G. Woodson, an African-American historian, author, journalist and educator . The goal of “Negro History Week” was to educate the American people about the African-Americans' cultural background and chronicle and celebrate reputable achievements. The week later became a month-long event and is now “Black History Month” in the United States, Canada and the United Kingdom.
The reason it was necessary in the United States is that Anglo historians and educators had, for the most part, written African-Americans out of the historical texts of the early to mid 20th century. School text books were devoid of the examples of African-Americans who had contributed to the American collective. With very few exceptions, school children were not being given the whole truth. Carter G. Woodson was committed to chronicling and including the story of African-American culture as American history. Otherwise, it appeared it would fall away, the victim of historical revisionists who, at best were simply ashamed of the blight on the American Historical Record or were, at worst, racists.
So in 2011, what would be America’s “grade” if given a test on African-American history. No doubt, it would be a failing grade. I’m amazed at how each year we recognize individuals from African-American history that are “new” to me. This year, Black History Month became a celebration of Samuel “Kaboo” Morris, a man I would never have known or understood without “Black History Month.” And thus, the point.
And lest we of lighter skin hues think this event is a “victory” for American Blacks, allow me to suggest that if you find the whole event painful - for whatever reason - for African-Americans, that pain is exponentially greater. The cost of their American freedom was substantially greater than ours.
Do we need Black History Month? Most assuredly we do.
at February 24, 2011

I think this is a very insightful article. I must disagree with Freeman though. Silence typically only strenghthens the status quo. History is lost in silence. Instead, let's talk about it and love above the offenses and differences. 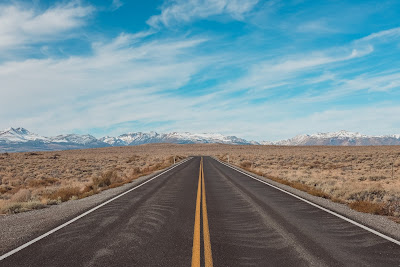